In 1977, Sanja Iveković made a book the Tragedy of a Venus, juxtaposing in it photographs of Marilyn Monroe with her own photos. I have photographed her book, printed it out, and stamped each page with the word whore. I put a photo of myself, also stamped with whore, on the cover. Sanja’s work was about the relationship between fame and everyday life. Today, with reality shows, anyone can have their five minutes of fame. Everyday life and fame are intertwined, with money in between. 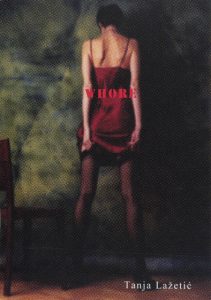 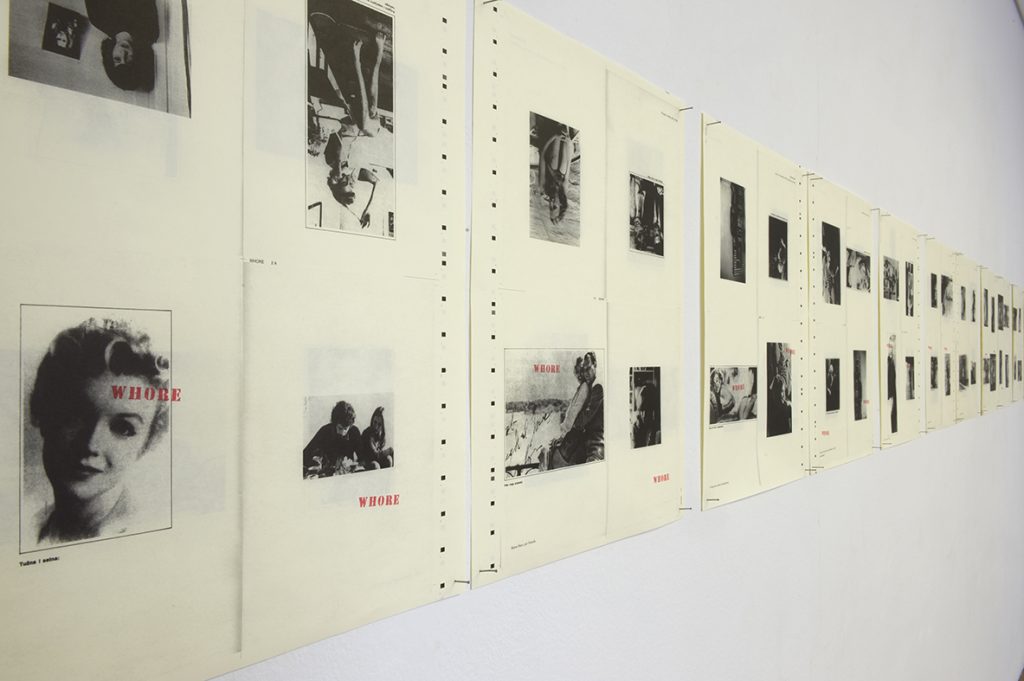 The Photobook: A History, Volume III, Phaidon
The third and final volume in Phaidon’s acclaimed Photobook series, hailed as ‘the most important contribution to the field since modern histories of photography began to appear in the early 20th century’ (photo-eye). Edited by Martin Parr and Gerry Badger.

”Sanja Iveković’s book began when she saw a photograph of Marlyn Monroe curled up on a sofa, gazing up at the camera, in the November 1975 edition of the Yugoslavian magazine Duga. Borrowving the title of this special issue, Tragedy of Venus, Iveković took reproductions of Monroe from the magazine and yuxtaposed them with personal snapshots of herself.
So Tragedy of Venus would seem to be about duality, in a number of ways. Firstly, there is the notion of the goddess and the mere mortal, Marlyin Monroe was a woman, not a Venus or a sex symbol. She was only that in the eyes of the others. Secondly, there is the dichotomy between celebrity (Monroe) and non-celebrity (Iveković) and betweenprivate lives and public lives, as defined by the kind of photographs taken of the two women. At times in the book, the dichotomy seems almost non-existent, as when the pose of the figures is strikingly similar, but mostly it is about the vast difference between the two, separated by the enourmous gulf of celebrity where the media deifies the anointed. In Monroe’s case the goddess destroyed the woman within. In 2010, Tanja Lažetić, ‘intervened’ to make a new version of Tragedy of Venus. She scanned the original and had it reprinted with a new cover featuring herself. Over the cover picture, and on all the other photographs, she has stamped the word ‘whore’ – in red, naturally. This loaded word adds a new layer of meaning to the original Tragedy. Lažetić is proposing a further feminist reading on several levels – from the perception that a figure like Marilyn was a ‘whore’ to the proposition that today we are all willing to prostitute ourselves for celebrity. It also represents, she says, a reclaiming of the word ‘whore’ for feminism, in much the same way that ‘slut’ has been reappropriated by some feminists. This might seem a relatively simple reworking of a Tragedy of Venus, but in effect is deeply subversive, disturbing and thought-provoking, as a good artist’s book should be.” Gerry Badger

Stamping the book Whore with the stamp WHORE at the floor of the main cultural center in Ljubljana. 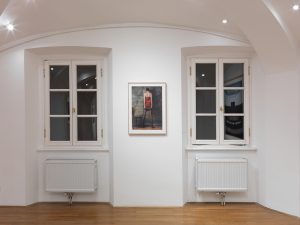 Stamping the book Whore at the foor at the NY Art Book Fair 2018 at MoMA PS.