When I began to investigate where the food I buy in a nearby shop comes from, I found that I have the whole world in my neighbouring street. The exotic sorts of fruit and fresh vegetables on offer in the middle of a cold winter must certainly have been grown elsewhere, but also most of the grain and seeds come from countries with cheap labour. And like all migrants, this food comes quietly into the country.
I photographed the food types one after the other and then noted down their name and where it comes from. In this way a document has been compiled with 400 sorts of fruit and vegetables, including a list of their respective homelands. 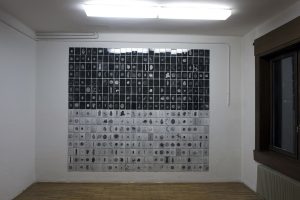 Coloured People in Black in White (Yellow)
Publisher: P.A.R.A.S.I.T.E. Institute, Ljubljana, softcover, offset-printed, edition of 150, 13 x 18 cm, 36 pages, 50 €
Eight fruits and some seeds from eight different countries in black and white photographs and their negative images. The book is an appropriation of Ed Ruscha’s and Jonathan Monk’s book Colored People. 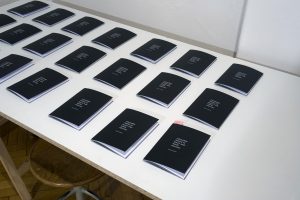 Mladi Levi Festival, Ljubljana
20 – 30 August 2010
”Similarly as with real-life migrants ending up in various files as index cards with their photographs, names, and countries of birth, the exhibition Migranti likewise presents a thorough catalogue-like inventory of various fruits, stating their name, country of origin, as well as a picture of their shadow and essence.
Every entry represents an image which narrates its own story of two different worlds – the world of prosperity and the world of poverty, the world of satiation and the world of hunger, the world it comes from and the world it travels to. The exhibition Migranti is a fresh commentary on our time, system, and the simple truths of life.” Bunker 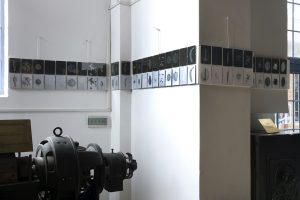 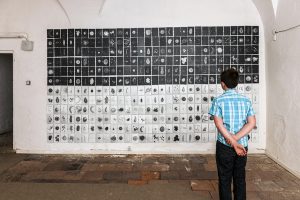 Migrants (book)
Self-Published, signed, open edition, 13 x 20 cm, 404 pages, 2013, 60 €
The reason why most of the fruits and vegetables are produced elsewhere than Europe is hidden in the exploitation of cheap labor. And like all migrants, this food comes here quietly with a shadow of the nameless. 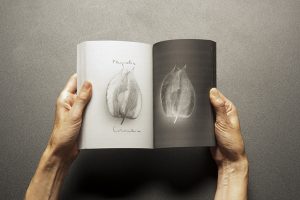 Migrants (Florence)
”Migrations are a complex global phenomenon, which is by no means exclusive to the time we live in, and is definitely not limited only to the human species. Migrations have been a key element of human existence throughout the entire course of our history – they are a means of expanding knowledge, transferring and mutually enhancing different cultures, and at the same time contributing significantly to the growth and prosperity of the countries of origin, as well as of the countries of destination. Across centuries, countless political, economic and other reasons have caused millions of people to change their cultural and geographical setting in the search of a new life. The video installation Migrants, created in Florence, juxtaposes two distinctly contrasting groups of modern-day migrants – hordes of tourists dragging suitcases down the Florentine streets, and a file of salesmen dragging their carts from the square. It is a confrontation of the people that choose to visit a certain city or country for personal, i. e. lighthearted reasons, and the people that choose to move permanently in search of a better chance of survival.” Aleksandra Kostič, Žiga Dobnikar 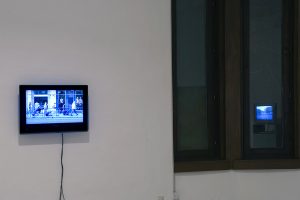