For the group exhibition Decay&Readymade we (with Dejan Habicht) decided to stick to the methodology developed for Home… project (1999-2000). Although we are impressed by the abandoned industrial architecture, our interest is focused on people from these places and their living conditions. Home means the meeting point of possibility and reality. It is the third skin through which we can read both, the individual and the society also.

We found three families from three different towns (Jesenice/Slovenia, Feistritz im Rosental/Austria, Cave del Predil/Italy) and took pictures of exteriors and interiors (kitchens) of their houses. Afterwards we exhibited the images of interiors on large billboards, placed in the surroundings of decaying industrial architecture of same three places. The industrial and economical decline in last 10 years is common to this three towns. 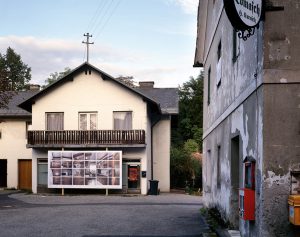 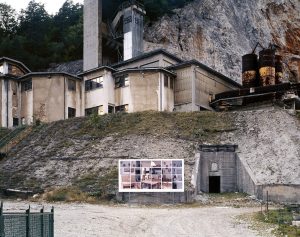 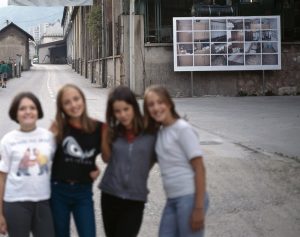