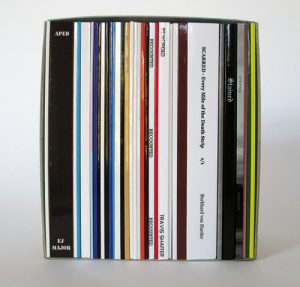 ABC (short for Artist’s Book Cooperative) is an informal group of artists who share an interest in the artist’s book. Producing a joint work proved a bit challenging, and the resulting 33 books together bear the title ABCED. The books are of uniform size and are all titled with a single word ending in -ed (a simple thing to accomplish in English). At the same time, this is a reference to one of the pioneers – and the most prominent representative – of the modern artist’s book Ed Ruscha.

The ABCED series of books, however, is not about blind adulation of the great genius, nor simple copying or repeating or recreating the work of the role model; rather, the books are a reflection on, and an evaluation or even criticism of, Ruscha’s work method. The approaches to the task vary vastly. For most of the artists, this is not their first foray into reinterpreting Ruscha’s books. This makes their questions about the purpose and method of appropriation highly relevant, and their answers manifold.

All books are print on demand, 8 x 5 inches, softcover. Books are available individually either from the artists or at blurb.com. ABCED was made to celebrate Ed Ruscha’s seventy-fifth birthday and the books are available for one year only. ABC will cease distribution the day Ed Ruscha turns seventy-six.

Titles of the books in the ABCED series and the names of the authors: 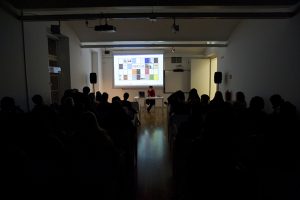 More about the ABC group and the ABCED series of books at: https://abcoop.tumblr.com/