For the lions in the cage, nothing has changed in all these years. My grandma took the photo over forty years ago; I took mine this year. 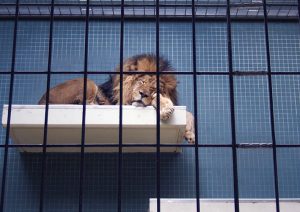 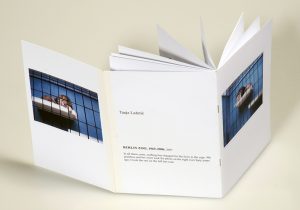 Berlin Zoo, 1965-2006 (book)
Self-Published, softcover, signed and numbered; First edition of 15; Second editions of 15; Third edition of  25; 21 x 15 cm, 16 p., 2007, (40 €)
” This slim book of color photographs by Slovenian artist Tanja Lazetic documents Berlin over a span of 40 years. The images are bracketed by two photographs of a lion dozing in captivity in the Berlin Zoo, one taken in 1965 and the other in 2006. While Berlin struggled through momentous changes, the lion’s situation remained remarkably the same.”  Printed Matter 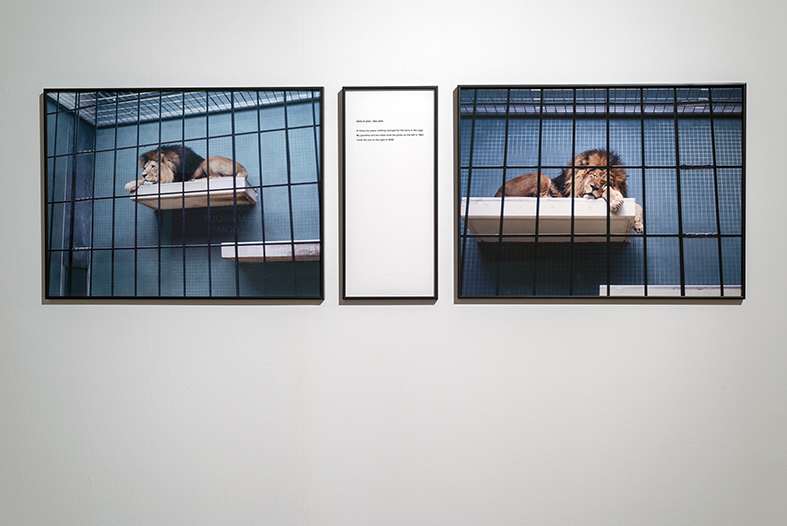