Almost like Olympia (2001/2012) is the title of a large-scale, “sewn” digital image. The title alludes to Manet’s Olympia from 1863. Olympia’s confrontational gaze caused shock and astonishment when the painting was first exhibited because a number of details in the picture identified her as a prostitute. The fact that Manet’s model Victorine Meurent was an ambitious artist and not a prostitute, as she was labeled, is a creative identificatory moment for me. 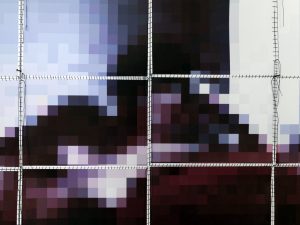 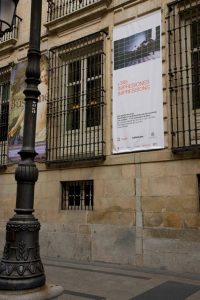 ”Olympia in Almost like Olympia, a unique homage to Victorine Meurent, a model for Manet’s painting, features a woman who sought to be exceptional, but is remembered only through an ordinary moment of being one in a series of odalisques, the one who looked back at the viewer. ” Vladimir Vidmar